In Kent with Charles Dickens 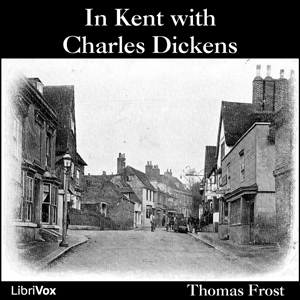 In Kent with Charles Dickens

LibriVox recording of In Kent with Charles Dickens, by Thomas Frost. Read by Ruth Golding.

By his own admission, Thomas Frost found it hard to make a living from his writing, and no doubt he used the name of Dickens in the title of this book to boost sales. Frost tells a good tale, and the book is not only of interest to enthusiasts of Dickens and the county of Kent.

He includes some of Dickens' own descriptions of locations, as well as regaling us with anecdotes about towns and villages which he visits, including an account of the last armed rising on British soil - the Battle of Bossenden Wood.

As well as accounts of his travels through the highways and byways of Kent in the footsteps of Dickens and his characters, he also wanders into the lanes of myth and legend, sometimes making up his own stories along the way.

After managing to forgive his cardinal sin of confusing Men of Kent and Kentish Men in the first chapter, I found this rather odd mixture of memoir, short stories and literary travelogue a most enjoyable read. (Summary by Ruth Golding)

Uploaded by librivoxbooks on September 7, 2009